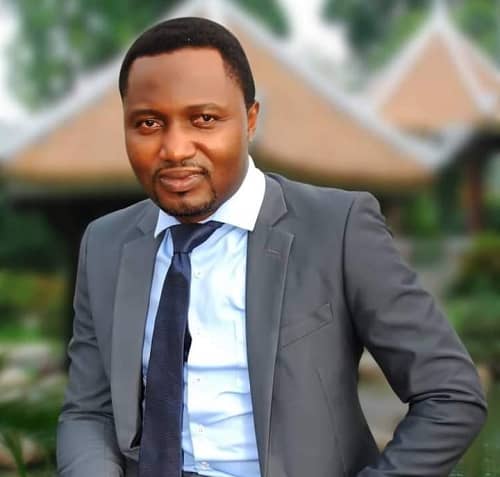 Mr. Isaac Azure is the Acting Registrar of Regentropfen College of Applied Sciences. Before taking up this position in December 2020, he had worked as Lecturer in Mathematics in ReCAS, Director of Business and Career Development Center, Assistant Registrar in charge of Business Development and Industrial Relations, Director of Scholarship Directorate as well as Assistant Registrar in the office of the President.

Mr. Isaac Azure was born on the 5th of December 1984 and hails from Namoo in the Bongo District of the Upper East Region of Ghana. He began is elementary education at Anglican Primary/Junior Secondary School in Bolgatanga and later proceeded to Christian Preparatory School in Kumasi, where he completed his Junior Secondary School in the year 1999. Upon completion of his secondary education in Koforidua Secondary Technical School in the year 2002, he proceeded to undertake his undergraduate studies in University of Cape Coast, where he graduated in B. Sc. Mathematics and Statistics in the year 2008.

After fulfilling his national obligation at the Ghana Statistical Service at the Bolgatanga Regional Office, in the 2008/2009 service year, he got an appointment with the Ghana Education Service as a Teacher (Principal Superintendent) at Bongo Senior High School. He further undertook postgraduate studies in Industrial Mathematics at the Kwame Nkrumah University for Science and Technology and graduated with M.Sc. in the year 2013 and pursued a post-graduate diploma programme in Eduation at University for Diploma Studies, Tamale. 2017 he successfully completed it alongside his responsibilities as Lecturer and management staff of the College. He is a final year PhD. Computational Mathematics student of the University of Development Studies.

2014 Mr. Azure was offered the job as assistant lecturer at Millar Institute for Transdisciplinary and Development Studies, Bolgatanga. In the same year, Mr. Azure joined the Team of Regentropfen College of Applied Sciences (ReCAS) that had just gained Institutional Authorisation, to prepare the institution for accreditation. Mr. Isaac Azure is results-oriented and multitalented. His drive for excellence has led him to be the staff with experience in the day-to-day affairs of ReCAS.

Notable among his contribution to ReCAS as Director of Business and Career Development Center is his supervisory role in the setting up of units such as the Canteen, Mini-Mart, Enterprise Promotion Unit, Hostel, Printing Press, Moringa and Reg-Aqua Production Unit. He also supervised the setting-up of the Bongo Community Radio together with the ReCAS campus radio (ReCAS FM). As Assistant Registrar in Charge of Business Development and Industrial Relations, Mr. Azure led a team to plan an admission drive and executed it successfully and this led to the admission of many students in the 2016, 2017 and 2018 admission windows. As the Assistant Registrar in the Office of the President and Head of Scholarship Secretariat, he worked closely with the President to offer over sixty-percent of students various forms of scholarships to students and acted as the mediator between the Regentropfen Education Foundation and its beneficiaries who were students of ReCAS to take care of their basic needs such as feeding, clothing and shelter. He also picked up correspondences leading to the acquisition of some key lands for ReCAS working as the Assistant Registrar in the Office of the President. Through this same office, he worked together with the President to get the initial documentations of Regentropfen Senior High School and Raushmayer Institute for Technical Training submitted to the Ghana Education Service and TVET respectively, and has since made it possible for these institutions to be registered officially as required by all private institutions in the country.

Just as the motto of ReCAS states “Promoting Talents” Mr. Isaac Azure has nurtured his talent in music over the years and have successfully become an excellent song-writer, with over twenty written and recorded songs to his credit, some of which include the ReCAS Anthem, Election 2020 Peace song, a COVID-19 awareness campaign song and several other motivational songs with the brand name “Isaac Azure Music”.

His wish is to be part of the team that would work to place Regentropfen College of Applied Sciences as one of the best tertiary institutions in the country and Africa at large.