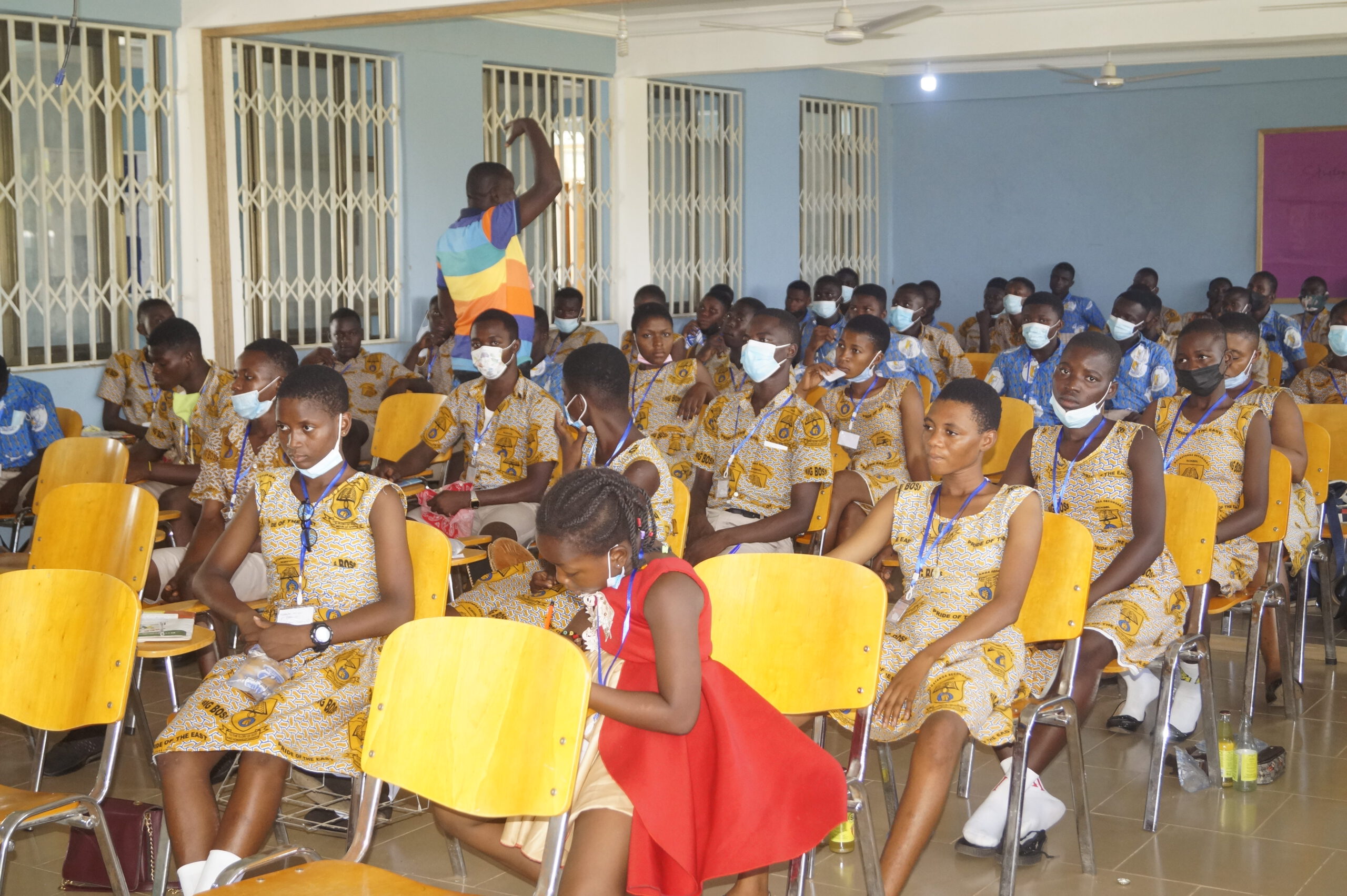 ReCAS hosted students from the Business Department of Bolgatanga Senior High School (Big Boss) on 29th October 2021 in order to expose the students to career opportunities available to them and as well let them experience life in a University. The visit dubbed Big Boss-ReCAS encounter saw the first and second year students together with their teachers taught Law of Contract and Departmental Accounting by lecturers of ReCAS.
This historic visit was the first of its kind for both institutions and it was made possible through the efforts of the Business Excellence Team of the Academic Performance Committee (APC) of the Old Students Association of Big BOSS (TANGABISI).
The purpose of the excellence team is to map out strategies aimed at improving performance in business studies in Big BOSS and whip up the interest of students in the area of business. The BET comprises of the teachers in the business department in Big BOSS and old students who are professionals in the business space headed by Rev. Fr. Moses Asaah Awinongya SVD. The management of ReCAS and BET in collaboration with the HoD and all teachers in the Business Department of Big BOSS planned the trip to ReCAS.
The lectures delivered by the lecturers were tailored to meet the needs and level of the students. At the same time, they got the students engaged in scenario sessions to make them have a feel of practical situations in the topics handled. The Law of Contract session was handled by Lawyer Peter Awuni of the Business Studies Department of ReCAS and it was meant for the second year students. The students generally heard some law terms for the first time and also got the opportunity to interact with a practicing lawyer. Lawyer Peter Awuni on the other hand was excited about being able to inspire the young ones through his classroom session with them.

Mr. Adeniyi Abiola and Mrs. Jemima Hannah Nyankum were the facilitators for the departmental accounting meant for the first year students in the Business Department of Big BOSS. The classes were divided into two for effective interaction with the students according to the training principle of ReCAS. Both facilitators made their sessions as interactive as possible with very practical scenarios to engage the young minds. Some of the students have admitted their heightened interest for accounting as a profession after the encounter with the facilitators and this was one of the aims of the encounter. It also sought to motivate the students to aspire higher and develop interest in the study of business as a programme and to help them appreciate a different learning environment.

Considering one of the underlying foundations of ReCAS, entrepreneurship and skills development, the students were involved in our weekly entrepreneurship forum aimed at whipping their interest in entrepreneurship. Mr. George Akuriba Agana and Mr. Yusuf Agana Hamidu both old students of Big BOSS and currently with the Business Studies Department ReCAS under took the entrepreneurship session. It was refreshing for the students to relate with their former students who are sharing with them some nuggets of entrepreneurship and how to build their skills in that area.
The Ag. Registrar of ReCAS, Mr. Azure, during the studio session at ReCAS FM told the students they are one of the luckiest to have witnessed such a visit having recounted his days in the secondary school. He encouraged them to pursue their studies with utmost seriousness and also join ReCAS in future for their studies. The HoD of the Business Department of Big BOSS, Madam Mercy Akabere, announced the proposed 50% scholarship offer the President of ReCAS made available to five (5) students who would get at least 5 A1s in the 2022 WASSCE.
She expressed the appreciation of both the department and students for such an offer made available to students from the department. According to her, it is her hope that the students would take advantage of this opportunity. She also thanked the management of ReCAS for hosting them, and to TANGABISI for feeding them and giving them refreshment throughout their stay on campus. It is the hope of management that, this visit would be replicated by other departments in Big BOSS considering the benefits it gives to the students. 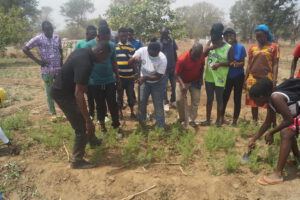